Rue skin Fortnite is the name of a rare rarity skin in Fortnite Battle Royale that is able to be obtained in the Item Shop for 1,200 V-Bucks. Rue refers to another A.L.T.E.R member that has two edit styles that features her wearing a long, red or black coat, gloves, and boots as well as a belt, a hat and a insignia that bears the A.L.T.E.R symbol on the side of the shoulder.

The name “Rue” means bitterly regret and the red edit style of the coat bears similar looks to Colonel Gearheart from Boom Beach. 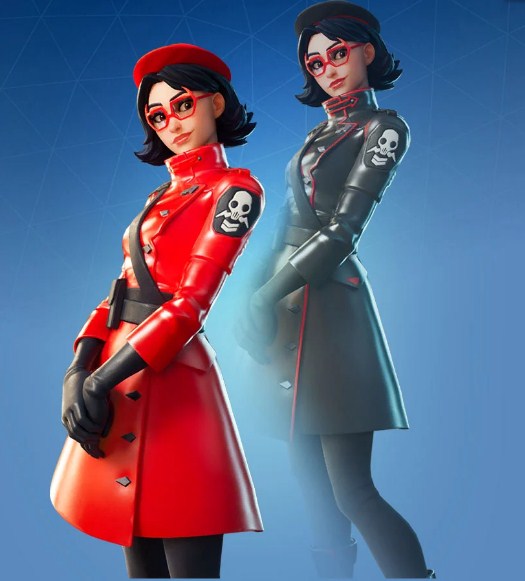 Apparently, the skin named Rue is part of Fortnite Lil’ Red set. This set features a total of 3 cosmetics that is broken up into 1 skin (Rue), 1 harvesting tool (Thorn), and 1 back bling (Scarlet Satchel).

Scarlet Satchel is the name of a Rare back bling in the Fortnite Battle Royale that is able to be purchased from the Item Shop. This one is bundled with the Rue skin.

Thorn is the name of an Uncommon Fortnite harvesting tool from the Lil’ Red set. This one was released on April 24, 2020 and was last available 0 days ago. It is able to be purchased from the Item Shop for 500 V-Bucks when listed.

As stated before, Rue skin is counted as a rare skin. In fact, rare skins in the game has been a controversial subject. Each player that has them do not want them to return because they want the reward of being around in the beginning of the game (OGs). As for the newer players, they clearly want to get a chance o grab all of the skins they like.

Actually, Epic Games has made an interesting compromise for the skin called Skull Trooper. This one was a very rare skin and had not been in the shop for a year. when they brought it back, they gave the OG owners of the skin a style that will not be available for those who buy the skin new. Sit is such a great way to reward the older players, while not keeping the popular skins away fro hose who just got into the game. Basically, rare skins are the ones that you cannot get anymore. They will not be back again unless the developer of Fortnite named Epic Games changes their policy completely.