The thing known as skill-based matchmaking or SBMM had been one of the most controversial updates introduced in Fortnite at the beginning of Chapter 2 Season 1, last year. The developer of Fortnite called Epic Games had clearly added the new system with good intentions, however, the system was faced with certain flaws.

Epic Games has been fine-turning the SBMM or skill-based matchmaking based on user feedback since the first time it came out. Now, they have completely removed the system in Squad after a few players complained of the implementation. However, the system is still there in Duos. They have not made any announcement of the update, which makes some gamers believe that it could be a glitch, although it seems unlikely. 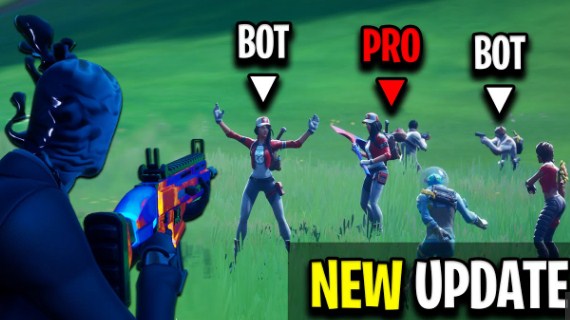 The skill-base matchmaking or SBMM of Fortnite essentially puts a player against someone who is similarly skilled as them so as to help them to improve in the game. Aside from that, it was also an effort from the developer to avoid pub stomps from skilled gamers, as players who were new to the game had a much smaller chance of surviving, given their inability to build up or hold their own with the Fortnite pros.

Why do the players of Fortnite hate SBMM or skill-based matchmaking so much? Actually, skill-based matchmaking was appreciated by most of the lower-skilled players, as they no longer had to face players with higher skills. However, the system proved to be a rather devise one among many top players of Fortnite. A few streamers have voiced their disappointment about the Fortnite skill-based matchmaking system or SBMM, claiming that it turns every game into a sweat-fest with every player trying their hardest to win a match. It has been a common complaint among the gamers as it essentially removed the casual aspect of the game while causing almost every higher level play in order to unfold like a competitive contest.

Talking about SBMM and Squads, a video by SypherPK earned a lot of attention from the Fortnite player base, as he detailed all of the things that made Fortnite great, why people are not finding it fun and what could be changed. People think that employees at Epic Games saw this video, because he also mentioned recently he had been talking to the guy at Epic Games about his invite to the FNCS tournament. Ever since then, people have seen Epic Games set up and communicate more with their player base.

Now that SBMM has been removed from the Squads, there have been many players think Squads definitely feels different, with many of them saying it is easier. The downside is that while the pro players are excited about the pub stomping, they often do not think about the players being stompted, so while they are having more fun, the other may not be. Only time will tell whether removing skill-based matchmaking or SBMM was the right decision. Are you happy with with the fact that SBMM has been removed from the Squads?