Of course, the weapon that you choose to measure your shooting skill is not far from the great sniper. Moreover, the sniper as you choose will also determine your shooting skill. Why? Indeed, there are many kinds of snipers that you can find in Fortnite. Of course, each sniper has different abilities and the function too. So, that’s why we emphasize that you have to choose the best one. 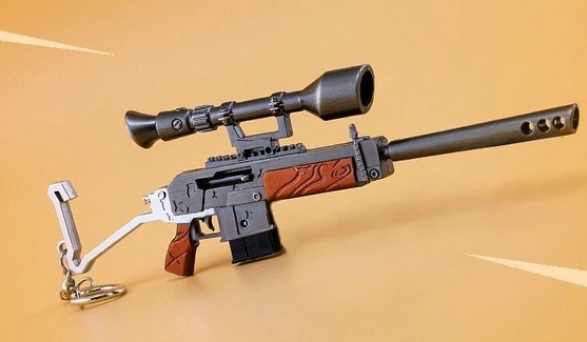 Due to many snipers in Fortnite, it absolutely will make you a bit confused to choose a great one. Certainly, you will be looking for any references that will lead you to choose best of the best sniper either in performance and also its benefit.

Then, in Fortnite, we will recommend you to choose a sniper which is mostly used by players. What is it?

Mostly, there are many players who are often using this sniper to shoot their opponents in Fortnite battle. It is a Semi-Automatic Sniper Rifle included as a sniper rifle in Fortnite. Why is this sniper worthy to buy?

Semi-Auto Sniper Rifle was a sniper rifle that you can find in Fortnite Battle Royale maps. Furthermore, this sniper comes in Uncommon, Epic, Rare and Legendary variants. It has a headshot multiplier of 2.5x. This sniper uses Heavy Bullets.

Moreover, this sniper may have also been vaulted because of a nerf in the scope which probably made the weapon useless as a sniper since it reduced the zoom.

The Semi-Automatic Sniper Rifle formerly was available in Legendary and Epic variants. But, the rarities were decreased to Rare and Uncommon variants in patch 5.40. The good news is the Epic variants going back in patch 12.12 and the Legendary variant returned in patch 12.30.

The Availability of Semi-Auto Sniper Rifle

The Performance of Semi-Auto Sniper Rifle

Even though this Semi-Auto Sniper Rifle was not as powerful as the Hunting Rifle and the Bolt-Action Sniper Rifle, but this sniper was greater due to 10 rounds more made by this sniper. Of course, this sniper is totally gorgeous to suppress the opponents at the long distance. Then, you will get a chance to beat them again after missing a shot.

Unfortunately, your opponents will have most likely detected you, then, started to defend themselves.  So, as long as you use this Semi-Automatic Sniper Rifle, make sure that you will be more careful than your opponents.