In Season X, Epic Games changed the Fortnite challenges by introducing missions. In the prior seasons, you would have to get a certain amount of XP to be able to unlock a new style for the Battle Pass skin. In this season, you have to be able to complete the Alter Ego challenges to be able to get skin styles.

In the Alter Ego challenges, each of the challenges has three stages and they requires you to be able to reach a certain level in the Battle Pass which is followed by completing a certain amount of missions wholly. And at the end, you have to perform a certain action in-game with the skin that you want to unlock a style for. 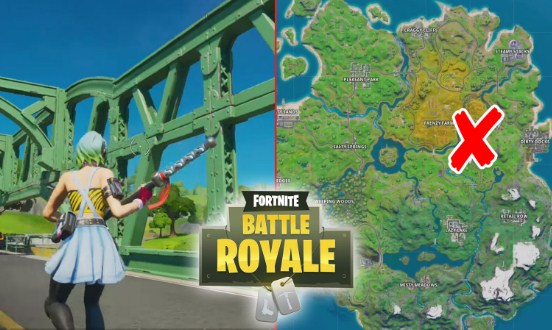 There are several locations of these Steel Bridges. Here are the list of them.

How to Complete The Challenge?

The thing that you have to do is  equipping a spray emote. Do not forget to wear the Cameo outfit. Then, you have to get into a Battle Royale match and land at whichever bridge is most convenient. After you are in the location, you have to spray the bridge and finish the match normally so that you are able to complete the challenge. If you have completed this challenge, you will be able to unlock the Chic style for the Cameo Outfit.

The Appearance of Chic Style of Cameo Outfit

This is the sixth style that you are able to unlock from the Alter Ego Challenges. This style features a black skinny suit with pink skirt overall. She also wears a pink glasses. Her hair is tied in two with pink hairbands. Also, she wears a pair pf pink shoes. In her left knee, there is a black knee pad and in her right wrist, there is a pink watch. This skin looks girly but it also has tough impression.