The one and only way to get your hands on the Creative map taking Fortnite by storm is Fortnite dropper map. It is the latest addition to the all the new game modes in the game that turns gameplay on its head.

Fortnite droppers are the creative maps that challenge the players with dropping through the obstacle course, avoiding all the objects in the path, to land safely on a bounce pad at the bottom. Every of them tests both execution and puzzle solving skills, as picking the right path often means as much as squeaking through the holes in the obstacles just right. 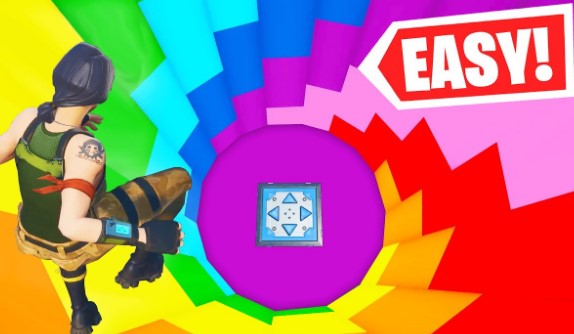 If you are interested in Fortnite dropper map and are looking for the super easy dropper Fortnite code, here is for you. According to a Youtube channel named ProHenis, the super easy dropper map is Nate’s Rainbow Dropper. It is one of the most amazing maps. This one was created by WatchTragiik-ttv. It is a beautiful 10 level dropper. The code of it is 2357-6984-2298.

If you want to load the content of Nate’s Rainbow Dropper, you need to open up Fortnite and follow these following steps. The first thing that should be done is to start a Creative Server. In the Creative Hub, please find a feature named Island Rift. Once you have found it, you need open Set Island Code and enter the code that has been mentioned above, 2357-6984-2298.

If you want more Fortnite dropper map codes, you are able to visit a site named Creative Maps. Creative Map is well-known as the family friendly place when everyone is able to share and browse a massive collection of many high quality Fortnite island codes made by the members.

Default Dropper is also great. The code of the map is 6585-0575-5408. This one is the map that is biome themed and has 6 medium difficulty levels. It was created by ICIFYED.

Aside from ICIFYED. Henwy is also such a great creator. There is Rainbow Dropper 2.0 created him. It has 10 colorful levels of Dropper madness. If you are interested to play on the thing named Rainbow Dropper 2.0 by Henwy, the first thing that should be done is to open up Fortnite and follow these following steps. First, begin a Creative Server. Second, look for the featured island rift. Third, in the Creative Hub approach a Featured Rift, hold the use button in order to open Set Island Code window. Fourth, enter the Island Code. Of Rainbow Dropper, which is 0196-4943-5490. After that, choose “Select Island” button.  There is also Fortnite Dropper V1.5 that was created by the same creator. It is the latest Fortnite dropper map to hit the big time.