Who won the $3 million in the Fortnite World Cup? 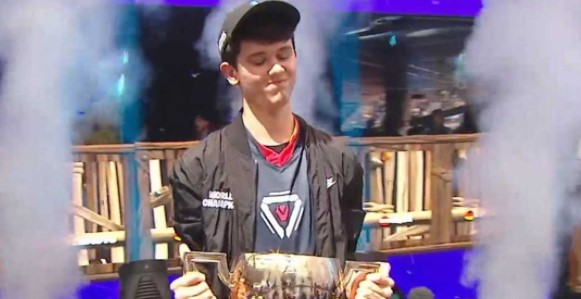 American teenager, Kyle “Bugha” Giersdorf or well-known as Bugha became the first Fortnite world champion in the singles category and won a prize money of US $ 3 million. Giersdorf is only 16 years old. Originally from Pennsylvania, Bugha took the lead from the first of six matches and appeared dominant.

Apart from the second match, Giersdorf performed consistently in matches at the Arthur Ashe Stadium, where the US Open tennis Grand Slam championship was held. Bugha won the first title after he successfully showcased his performance in six consecutive rounds in this tournament.

In the first half, Bugha managed to become the last man standing, where he managed to become the only player who survived, beating 99 other players. In this round, he scored 9 points. However, Bugha did not win the second to sixth rounds of this tournament, but other contestants. Despite only winning the first round, Bugha consistently maintained his game until the sixth round

At the end of the tournament, he managed to occupy the top position of the standings with a score of 59 points at odds, 26 points from his main rival, Psalm, who won the runner-up position. Bugha was also asked to become the world champion in the inaugural Fortnite World Cup Solo tournament.

Epic Games, as the developer of Fortnite has spent US $ 100 million in this inaugural world championship, including holding a 10-week qualifying match that culminated in the final at the weekend.

Previously, since last April, Epic Games began inviting players from all over the world to participate in the Fortnite World Cup tournament. Epic Games holds this world scale tournament in two modes, namely “Solo” and “Duo” mode. In “Duo” mode, two players with the nicknames respectively Nyhrox and Aqua managed to bring home 3 million US dollars with a combined score of 51 points.

Well, this is the first time for Bugha to have a chance of becoming the winner of the Fortnite World Cup. Of course, becoming a Fortnite World Cup is his big dream for a long time. Finally, he broke his dream to come true one year ago. Congratulations! For Bugha who now becomes the best Fortnite player.