In the game called Fortnite, survival is the key. The gap between early elimination and a Victory Royale is small. If you are careless, you can head to the wrong area at the wrong time, resulting in getting defeated. If you are eager to win, it is a must for you to know where to land.

So, where should you land in Fortnite? There are a few landing spots in Fortnite. The best ones in Chapter 3 Season 3 of the game include: 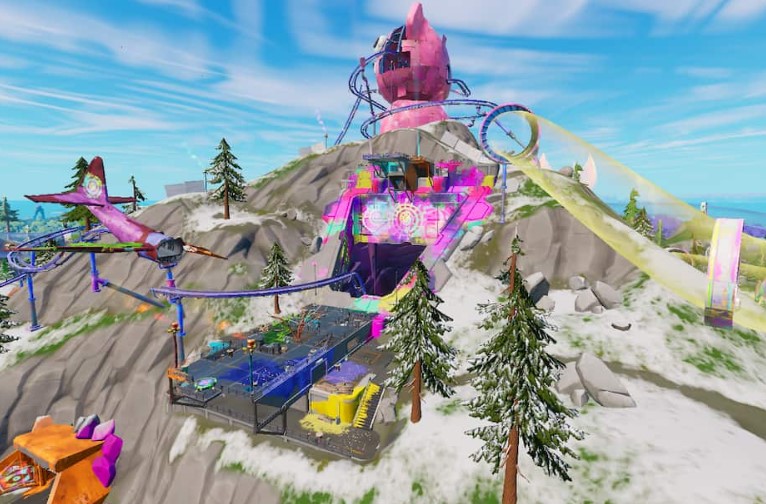 Rave Cave is considered as a new addition in Fortnite Chapter 3 Season 3. As the fight between The Seven and the Imagined Order is already over, the former Command Cavern hideout has been changed into the place to party. This place has Ballers and music. One of the things that make it more interesting is the existence of a huge rollercoaster.

Aside from being known as a place to have fun, Rave Cave is also known as the most loot-heavy location on the map. As of now, there are a total of 59 Chests hidden around this place. Rave Cave has a number of high up vantage points that can be used to snipe the opponents from a distance. To make everything goes smoothly, there are Ballers that can be used as the vehicle to escape. With so much loot that it has, Rave Cave is clearly one of the best landing spots in the game. 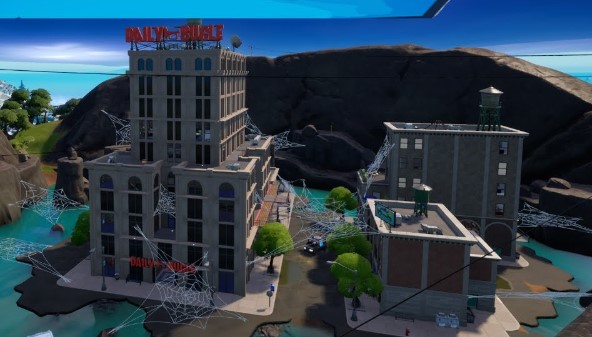 One of the best landing spots to land at first on the Fortnite Chapter 3 Season 3 map is The Daily Bugle. It has a total of 43 Chests. These chests can be discovered inside its walls. Not only that, there are also a lot of bouncy webs and ziplines. These two can be used to break your fall once you are at the top.

Now that The Daily Bugle is no longer popular, it is less risky to land here. On top of that, you will also get lesser competitors. 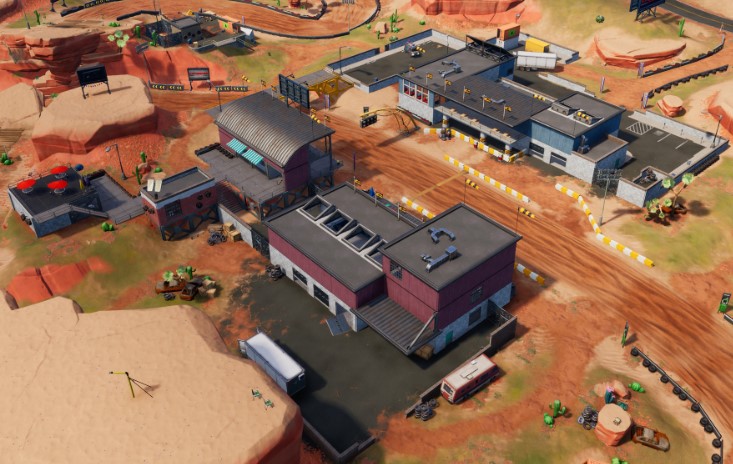 Chonker’s Speedway is really cool. It is believed to be one of the coolest Point Of Interest’s on the Fortnite Chapter 3 map. Basically, this one is a giant racing track. This track is surrounded by a lot of buildings ripe for looting. This place has 40 regular Chests and there is also a Seven Outpost that has three high tier Supply Chests.

If you love having fun, you may want to consider Chonker’s Speedway to land at as there are always sports cars with off road tires spawn here at the beginning of every match. If you want to traverse the tough terrains of Fortnite or want to race around the dirt track with your friends, choose this place. 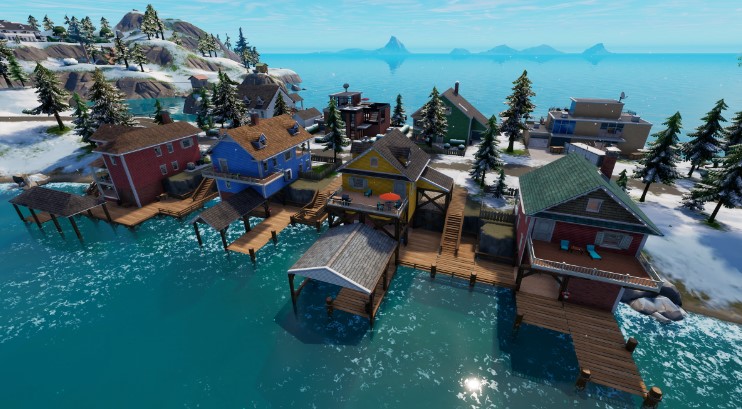 In Fortnite Chapter 2, residential locations such as Pleasant Park and Lazy Lake were really popular. As these two are no longer around in the new map, you can go to Sleepy Sound. This one is described as a waterside town that is full of rows of houses. These houses can be looted in quick succession.

Sleepy Sound is unique and it is one of the most unique one that Chapter 3 map has. This place is perfect with tons of vehicles, a gas station for land travel, and lots of boats and open waters. 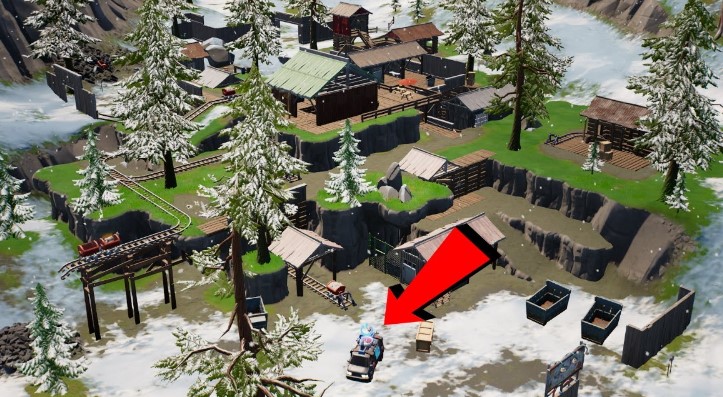 Shifty Shafts makes it return to the Fortnite map. While it is true that it is not the most loot-heavy Point Of Interest or POI to land at, there is no doubt that this one is the best location for everyone who likes to play quietly and wrack up XP from eliminations in the busy early game. Everything can be possible thanks to its wide underground tunnels that look like mazes.

Apparently, Shifty Shafts is also known as an amazing location to farm every three materials for building. For those who love challenges, there are a lot of animal spawns close to that. Besides, this place also has enough Chests that can be discovered around the mines. These Chests are useful if you want to get a solid start in any match. It should be noted that Shifty Shafts is perfect for the experienced players. It means those who lack experience are not recommended to land on this. 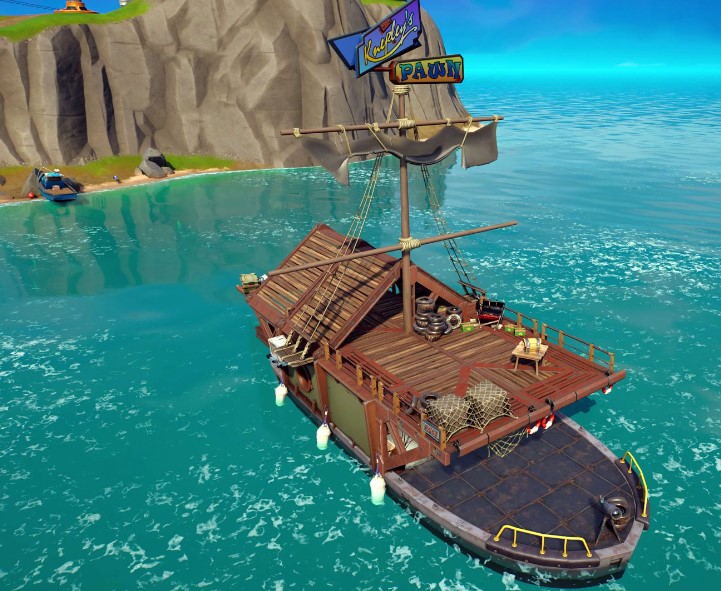 Pawntoon is included in the list of the most exciting landmarks in Fortnite. This one makes its comeback in Chapter 3. Aside from Pawntoon, it is also known as the Loot Boat. This boat is exclusive. When it comes to appearance, it looks like a small pirate ship. It has Supply Chests with a lot of high tier weapons and healing items. There is no doubt that it is a great and quiet place to start a match. Besides, people will also agree that it is one of the best landing spots to find rare weapons in this game.

Due to the fact that Pawntoon always moves, the chance of finding it is low. For your information, this one never appears on lakes or rivers inside the island. If you want to find it, you are advised to land close to the coastline and hope that you spot it in the distance.

Which landing spot in Fortnite do you think is the best? Feel free to land at any spot. Before landing at one of these best landing spots in Fortnite Chapter 3 Season 3, it is worth noting that you are not allowed to land in the same spots over and over again due to the fact that Fortnite evolves substantially from season to season. Even within the same season, it is still better for you to mix up your landing spots because the deadly storm always comes at you from a different location. Besides, it is possible that a landing spot is also preferred by the other players. If there are so many competitors, you may get pushed to land somewhere else.