What is The Rift Modded Server?

A new Fortnite server which was recently talked about by a lot of Fortnite players is The Rift. Known, the Rift Fortnite Modded Server comes in beta which offers an array of Fortnite skins and other items within. To note, the Rift Modded Server is not hosted by Epic Games. Therefore, this server mode is gaining a good deal of its popularity.

In fact, there have been plenty of videos online from Fortnite content creators who join the Rift Modded server on their PC. In other words, the Rift is the private server mode which is available in beta. 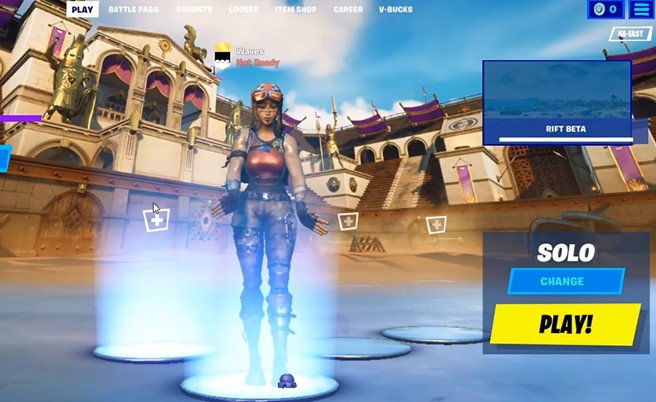 How Does the Rift Modded Server Work?

Anyone who joins this mode server is allowed to access endless Fortnite cosmetics including skins, emotes, harvesting tol and more items. When the players are using the private server, they can also equip any of their favorite outfits along with other preferred items before they go into the game. Then, it allows them to get into Solo and Party Royale mode as of now.

As we’ve mentioned, the Rift private server is coming in beta with speculations and rumors pointing that there can be an addition of previous Fortnite seasons as well. We guess that if it happens, many Fortnite fans will be able to play earlier seasons with Roft Modded Server.

Is the Rift Modded Server Official?

Furthermore, the modded servers of Fortnite are usually just tolerated by developers for Triple-A games. Well, if the users do not step out of line, the developer can then normally leave them alone.

As an unofficial Epic Games server, of course you will be hard to find any official news related to The Rift Modded server’s information. Aside from that, it does not allow the players to give any items to their own account or other Fortnite account due to it’s a private server.

Because the Rift Modded Server is not official of server, for any cases, Epic Games will not be protecting any players from racial slurs, hackers, homophobic slurs, any kind of sexual harrasment or any of the protections which most players will usually have on a public Epic Games server.

Indeed, the process of this server only works on Windows PC. That means it is not supported by gaming consoles such as Nintendo Switch, Mobile Devices. PlayStation and also Xbox One Series.

Is There a Code for Rift Modded Server?

How to Join the Rift Modded Server to Play Fortnite?

For more information, this Rift Modded server is actually safe due to there have been no reports of trojans, any malwares and account stealing. Though, you have to be careful if you use your accounts as the servers are not part of the official Epic Games server. It may not have great protection or guarantee.

If you wonder how The Rift Modded Server works, you can also watch some Fortnite content creators which show you this server’s performance. Here’s a list of YouTube videos: