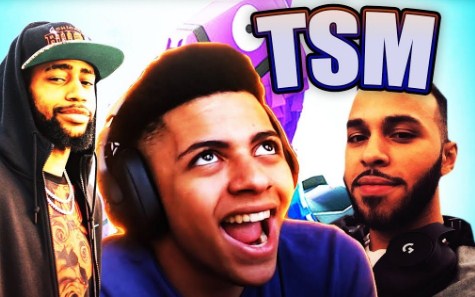 Then, at the end of 2019, there is an issue about the TSM Daequan Health. Many fans guess that his health is getting wrong. It is because on July, he tweeted on his official account in which he told about his health.

Here is Daequan’s tweet  @TSM_Daequan “yesterday on stream I was silent a few times and it’s because I was dealing with the worst chest pains – I should of ended my stream but I pushed through 10 hours of pain like a idiot – no stream today because been in the ER – good news is they did tests and so far I’m ok “. From his tweet, there are lots of his fans that support him to fight the disease and not little fans want him to get back on TSM and go back to stream his play on Fortnite.

As we know that Daequan is one of Fortnite influencer in which he always gave the tips and trick to viewer on YouTube on how to play Fortnite well. He also gave suggestion to many Fortnite players to be the best competitive player on Fortnite. So, it is no wonder if many fans of Daequan hope that he gets well soon and be back to TSM and his official YouTube Channel.

After he tweeted about his health on July, there is recently his tweet about the progress of his health. His tweet on December 17, 2019 @TSM_Daequan”Something wrong with my lung 🤨 y’all already know I’ve had 4 lung collapses on my left side, but it’s my right this time. I feel like we bout to be TSM Lil Lung x2 😂 I’ll be Gucci tho mama ain’t raise no bitch 🖤 don’t worry“.

Certainly, his tweet makes many fans so worried for his health. Most of them guess that his disease is getting grave. Besides, many fans comments on his tweet and they hope Daequan is still alive and will be back soon to TSM.

On his tweet, we can conclude that his health is getting wrong and he is in recovering to face his disease. As one of Daequan fans, of course, it is our duty to pray and have a big hope for his cure. So, make sure that you follow the news-update about his health on Twitter.