There are a number of skins which are leaked in v12.10 patch. The skins are awesome and there is also a skin which is unique since it looks like a half of animal. Here is the list of unreleased skins from v12.10 patch.

If you see in the picture of this skin, this skin is unique since this skin has an animal head but wearing human suit. This skin has an orange fish head with a big black sunglasses. This skin is a male skin and he has a wide mouth like fish’s mouth. He wears a black suit with a black tie as well. He also holds a black gun and it makes him look like a spy. 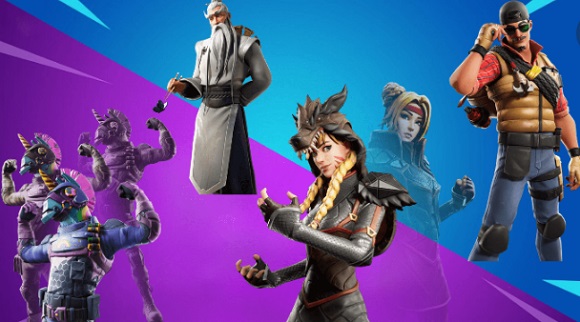 This skin has blue color. This skin is a male skin and in his waist there is a black belt. He also wears a pair of black boots and black gloves. In his mouth, he wears a black mask. He has blue hair. This skin has a female counterpart named Slurpentine.

This skin is a female skin and it is a female counterpart of Professor Slurpo. Same as Professor Slurpo, this skin also has blue color in all of her suit and black color is some parts of it. This skin wears black mask and has blue hair. She wears a pair of black gloves and the color of her finger parts is glowing blue.

This skin may be two styles skin but we are not sure whether this skin is a male or female. But, it may also be twins. Or, does this skin has an alternate dimension form? This thing is still confusing. In the picture, this skin consists of two skins. The one with black top and white pants and another one wears the opposite color of it. The one skin has black short hair and another one has white short hair.

As the name indicates, this skin looks like a farmer. This skin wears a straw hat and square-patterned shirt. The upper part of his body is like human, but from waist to down, it looks like robot.

This skin is a female skin who has tan skin. She has green hair. She looks strong even though she has a simple style. It seems that this skin has an alternate style with mask and coat.

These skins look cool and awesome and each skin of them has different style. You may want to have some of these skins or even all of the skins. If so, just wait for the release of these skins and stay up to date so that you will not miss getting these skins.