In Fortnite, you may often choose the best of the best skin in visuals. However, the Fortnite skin can be labeled as the gorgeous skin if it has an enchanting and inviting look. But, the skins in Fortnite generally come with catchy and attractive visuals, so it’s no wonder if many Fortnite players often keep changing the skins used by their character.

Certainly, every Fortnite player has each other’s likes on skin. They cannot be equated in choosing the skin for their character. Most players may love the beautiful and cool skin, but some of them probably love the extreme and anti-mainstream skin look.

So, that’s why Epic Games always regularly releases the different skin to Fortnite so that the players can choose the new best one with a different look. 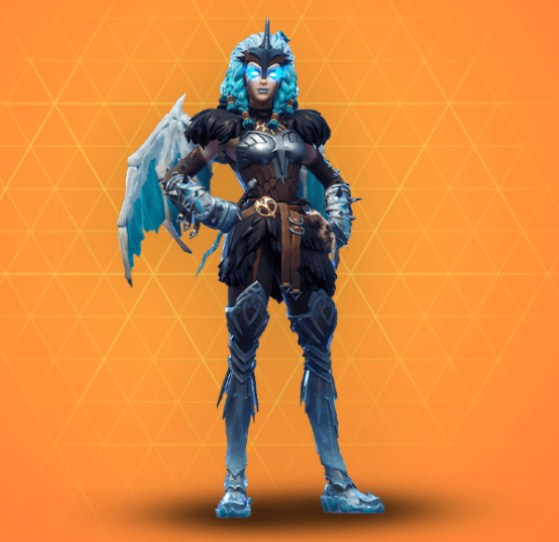 Then, in this case, you may want the skin with a heroic theme but it looks cool and catchy at once. Certainly, we are here to give you one of recommended Fortnite skin that hopefully will make you satisfied with this skin.

You may ever know this figure as the hero in some fictional superhero stories. Yeah… It is called Valkyrie represented as a female figure who has wings carrying a stick. She is well-known as a female hero who chooses to die in battle or those who may live.

Well, to reminisce about her, Epic Games chose Valkyrie to be involved as one of heroic Fortnite skin. Then, here are the facts about her in detail.

Valkyrie is a Legendary Fortnite Outfit from the Harbinger Set for the game of Fortnite Battle Royale. This skin definitely changes the appearance of the character and also adds some benefits and function to the character.

This skin presents with a heroic female outfit based on the Norse mythology warrior angel characters in some fiction  stories.

This skin features a female avatar in a reinforced steel armor with black fur. Then, she looks more gorgeous with a cool spike helmet, glowing eyes, braided bluish hair which sends out the blue flame. In all through the costume, it also presents some barbarian-inspired spikes and skulls.

The Valkyrie is also the female version of the Ragnarock skin from Fortnite Season 5 Battle Pass. This skin is definitely available via the store. So, if you do not want to unlock the Ragnarock skin, of course, it is a great option for you to be more aesthetically visually look.

If you purchase this skin, you can also get the Valkyrie’s attachments, they are permafrost, valkyrie wings and frostwing.

Well, it is a good idea for you if you choose this awesome skin for your character. The avatar automatically will present the heroic aura, especially in battle. So, buy it now!