Are you so curious to know more about Ventura Ramirez?
Who is she?
What is her role in Fortnite?

Of course, knowing about her is really a must for you. In fact, Ventura Ramirez is an Outlander Hero that you can find in Fortnite: Save the World.

The Outlander here is one of the four playable Hero Classes in Fortnite.  In this case, they specialize in efficiently harvesting resources with passive abilities. The abilities functions to grant enhanced visual cues and movement speed the locations of precious treasure. 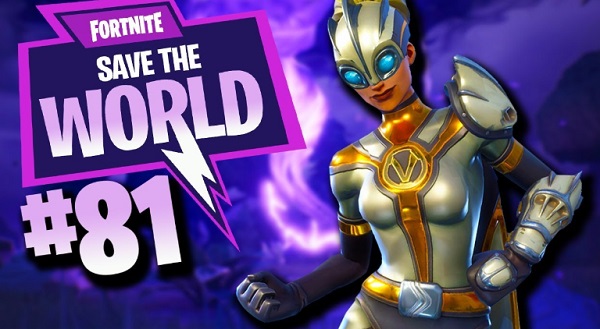 The Abilities of Ventura Ramirez

She has three abilities as an outlander hero, they are Phase Shift, Seismic Smash and TEDDY.

The first ability called phase shift is such a quick dash through space. This goal is to gain a 30% increasing movement speed for time in 3 seconds.

The second ability that Ventura Ramirez has is called Seismic Smash. In this ability, she focuses to smash the ground to create a fissure of energy that deals DAMAGE energy to opponents.

Her ability called TEDDY is to deploy a husk-crushing robot bear that deals the fires AMMO shots per second and DAMAGE per shot. In this case, the TEDDY ability lasts time for 15 seconds.

The Class Ability of Ventura Ramirez

In this ability, she will destroy the structures and harvest their material. Do the deals DAMAGE to the enemies and active the Heavy Attack with pickaxe equipped.

In this ability, she increases pickaxe damage by 25%. Then, get the Movement Speed by 7.5% after 5 consecutive hits with a pickaxe. While in the zone, switching weapons and nearby containers glow are her duty.

The LOOT Llama will contain the crafting ingredients and materials. In this case, the teammates wail on the pickaxe and purple charge fragments will create a Loot Llama.

How to Get Ventura Ramirez in Fortnite Save the World

Here are the challenges in detail:

The first challenge, you have to play 3 missions in a 58+ Zone as their respected Hero Class. In this challenge, you can totally unlock some heroes, they are:

After playing 3 missions in the first challenge, it is time for you to complete the next challenge. This second challenge is to slay 300 Husks as their respected Hero Class in 58+ zones. In this challenge, you can get some heroes, they are:

So, to unlock the Ventura Ramizer, of course, you have to complete the first and second challenges at all.