The game called Fortnite will have an event named We the People x More Than A Vote on July 28 where gaming fans will be able to claim a free Fortnite Verve emote. Are you interested in claiming Verve emote? Read the article for all details.

Epic Games, the developer of Fortnite, introduced a new Party Royale lobby in Fortnite which it uses to host a number of live virtual events and concerts for fans. They aired Opus United’s anti-racism presentation We The People through the Party Royale mode of Fortnite throughout the day. The company is now set to collaborate with the OPUS UNITED again to bring another We The People x More Than a Vote event for people which will be hosted by Cari Champion. Aside from that, the event will also include some other well-known names such as Jason Heyward, Bun B, Jalen Rose, Yvonne Orji, and Russ. 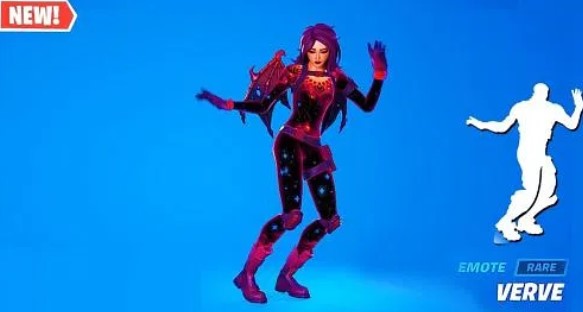 The anti-racism presentation will feature conversions involving these prominent figures who will go about raising awareness on the critical social issues and the underprivileged race in America. This one will also aim to empower the youth to take action against voter suppression that can affect the underprivileged communities in the country. The developer will also give viewers a chance to earn a new Fortnite emote as part of We The People event.

How do you watch the We The People event? We The People will begin on Tuesday, July 28 at 7:00 PM EDT in the Fortnite Party Royale lobby screen. Epic Games will air the presentation every hour over the next 22 hours for those who miss the earlier viewings. This one will finally end on Wednesday, July 29. In addition, people will also be able to catch the event using the Houseparty app that will simultaneously broadcast the show as the Fortnite Party Royale.

Then, how to get the Verve emote? The fans of Fortnite who watch the presentation through the Fortnite Party Royale lobby will get a free Fortnite Verve emote as a reward. Do not forget to open the battle royale game on July 28 before 7:00 PM and get into the Party Royale playlist using the Battle Royale mode. The event will be aired on the Big Screen. You are also recommended to watch the first airing to make sure that you gain the new emote.

After watching the event called We The People, you will be eligible to get the Verve emote. Apparently, the new Fortnite Verve emote has been choreographed by the winner of the #EmoteRoyaleContest, Michael Mehej and his brother Jamie.

For more information about the event known as We The People and the Fortnite emote named Fortnite Verve emote, it is better for you to visit the official website of Epic Games. If you have any questions about the emote and the event, do not hesitate to reach out to the representative of Epic Games as well as seeking the answer of the question on the community of Fortnite .