Storm the Agency challenges of Fortnite are officially live, and one of the more obtuse jobs asks players to open a faction locked chest at different spy bases. In this article, it will be revealed all that you need to know about faction locked chests and where to find them.

In Season 2, the spy bases of Fortnite are situated on many named locations of the map. For the aims of this guide, it will be focused on the Agency, the Yacht, the Rig and the Grotto. Do you want to know more about the locations? Do not stop reading.

Faction chests are able to be seen. They are huge chests that must either be opened by a henchman or a player disguised as one. You will realize that a lot of locations have phone booths nearby. You can enter the phone booth to don a disguise, then you will be free to loot any faction locked chest you see. 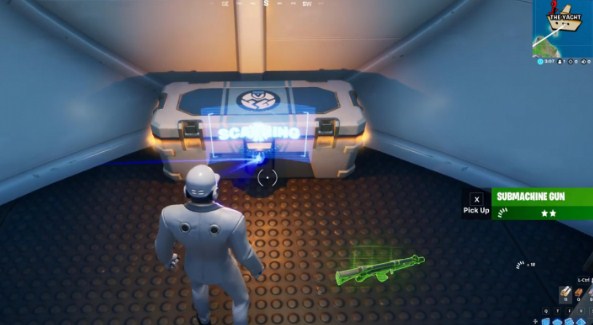 From the northwest corner of the Agency, you will come across the square enclosure near the helipad. You need to go down there and enter the phone booth to disguise your character. Then, go up the stairs and you will see this door off to the right. when you enter, please do down the short hallway you see and enter the last door on the left. You will see the faction chest sitting in the corner.

First of all, you need to go into the phone boot located at the edge of the ship near the helipad. Then, start digging down from this spot. Next, dig to the basement and you will end up near this door. After that, go inside and the faction chest is straight ahead.

From the Rig, you can start in the location’s northwest corner of the main square structure. You will be able to see this phone booth on the second level. Disguised, enter the building via the blue door straight ahead from the spot. Afterward, go up to the top floor and you will see this faction chest.

You may have already unlocked the Steel Shadow pickaxe if you discovered the last three faction locked chests, but there are more at the Grotto. On the bottom floor that is flooded with water, you will be able to see this faction chest near a phone booth. From there, please go straight and you will come to a little dead end with another faction chest. Keep in mind that these are not all the faction chests on the Season 2 map, but there should be enough here to earn that Steel Shadow pickaxe.

Apparently, opening faction locked chests at different spy bases is just one objective in the Storm Agency challenge set that went live Thursday. Some other challenges are landing at the Agency, surviving storm circles, and so on.