In Fortnite, especially in the Halloween Festival, you may saw monsters which look like zombies so that until now you call them as zombies. Actually, they are not zombies and they have names. What are their names? We will reveal it here so that you are not mistaken anymore in mentioning their names.

One of the reasons of why you should know the name of the monsters in Fortnite is because based on Epic Games representative, there is no zombies in Fortnite universe. There is a name for the fantastical creatures that players have to face in the game and actually they are Cube Monsters. 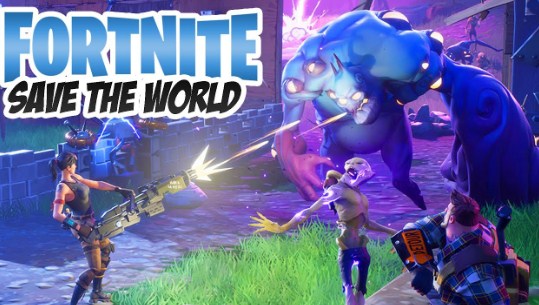 In the Save The World mode, the monsters are a product of the mysterious world disaster which is known as The Storm. They are responsible for a great deal of destruction in the ravaged locations of the game. There is a motivation of the monsters and it is to wreak havoc and wreck anything around them including defense objectives, heroes, structures and survivors. So, they are violent and destructive in nature. Some monsters like living targets but some others do not discriminate.

One of the monsters that you can find in the Fortnite Save the World is Husks. This is the most common type of monster in Fortnite. This monster is similar to zombie. However, Husks are hungry and destructive creatures and they are believed to be humans infected by The Storm. They are available in various types and each of them comes with unique characteristics. They spawn from the storm’s unstable purple clouds and from encampments. Also, they are able to be found around the game world, sometimes while they sleep.

The most basic husks will shamble to their target and bash with malee attacks. But some other husks have evolved alternative attacks or body mutations which can make them more threatening. How about the look of these monsters? They have a face which has been pulled back behind the creature like a hood with its skull protruding from its own sagging mouth.

Husks come in some varieties and one of them is Pitcher Husk. This husk serves as a basic projectile enemy type, albeit with a tongue-in-cheek twist. It has a baseball helmet which is full of bones and they throw at players and structures to deal damage which is long range.

There is also Beehive and it can bee seen in latest game-play videos. This husk can attack like any normal Husk but he wears a beehive on its head and it is surrounded by a swarm of bees that can damage any nearby players. Midget is also the same to basic husks but they are shorter, can move faster and can jump long distances to overcome obstacles and chase prey. Usually, they attack in groups.

Mist Monsters are also one of the main types of Monsters in Save The World. They are bigger and more dangerous than Husks. However, they are also less numerous. They do not damage the objective but they distract and damage the player and their defenses to enable the smaller Husks. There are some types of Mist Monsters and those are Smashers, Takers, Blasters, and Flingers.