APK is not a new thing on the internet. It is the short for away from keyboard. The term is used while chatting, while you are on social media, or while you are playing an online game. This activity refers to the moment when you are away from your keyboard and your computer or the other device, and stop all the online activity.

Aside from popular in social media which was commonly accessed through PC and laptop, AFK is getting popular in the online game like Counter Strike, Dota 2, Fortnite, and so on. In Fortnite, AFK is a phrase that allows the other players to know that you will not be at your keyboard for a while, or that you will not be online for a period of time. The term is commonly used with another abbreviation known as brb or be right back. It is used to indicate that you are taking a short break such as having to go to bathroom. 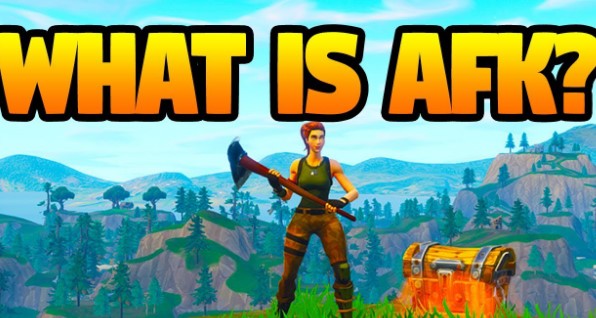 If you are away from keyboard and your teammates or the other players know that you are away from keyboard, as well as report your dark activity, there is a high chance of you to be banned. The developer of Fortnite called Epic Games relies on some players reporting you for AFKing for bans. People are being banned for going AFK has three major similarities. The first one is they are repeat and serial offenders who get some reports for going AFK every match. The second one is they were not just AFKing for a couple of minutes, but rather actively using macros and bots to stay online beyond the normal two or three minutes it takes for the inactivity to kick them out of the game. The third on is they were leeching rewards and resources in Campaign mode games and not actively participating in the game.

Some people believe that if you are not actively trying to avoid the AFK kick timer, going to the toilet for a minute or so in the middle of the game every once in a while will not be enough to be flagged as a serial offender, especially in a Battle Royale match where players are not going to flag you for AFK and will just kill you. To avoid being banned, it is better for you to just go to do the activity before you start the match.