Skip to content
Homepage / Guides / What Happened in 1984 Fortnite

You may be curious to know what happened in 1984 which became a headline-news for today in Fortnite topic. Certainly, the headline-news totally attracts many people to get the main news. What’s up with 1984?

When you look for the information about “1984” related to Fortnite from the internet, of course it can give you the result of Apple’s Ads worked on 1984. We guess that you are really confused about the relationship between Apple’s Ads in 1984 with Fortnite, don’t you? 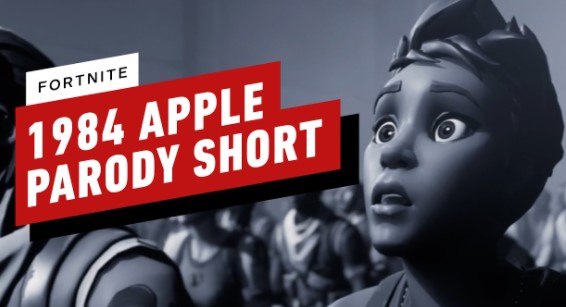 So, to get the clue of your curiosity, it’s better for you to keep staying on this page.

“1984” is well-known as an American television commercial that showed the ad for the Apple Macintosh personal computer. Moreover, it was an Apple’s Ads to present one of the best computer works from Apple. This ad was directed by Ridley Scott and presented Anya Major, as British athlete to perform as a female hero who brought a sledgehammer.

The Apple’s Ad video showed most of the estimated 150 bald men sitting on the chair and gathered to see the screen, they were known as subordinates who were restrained by the leader. Then, a line of people of ambiguous gender were marching in unison through a long tunnel screened by a string of telescreens. The screen showed a Big Brother figure who has been giving a speech about his overbearing strength to celebrate for the first glorious anniversary of the Information Purification Directives.

At the same time, a woman who was wearing an athletic uniform carried a large brass-headed hammer. She raced towards a large screen showing Big Brother. After that, she threw a sledgehammer to the telescreens which caused the screen to break without remaining, then, leaving the audience in shock.

Moreover, the ad represented a kind of protest against a totalitarian leader. Apple has made a breakthrough through this ad to change the people’s mindset which totally happened in 1984 in which the subordinates should always obey the leader although selling their own self-esteem.  As we can see on the ad video, there was a note that said ““1984 won’t be like ‘1984’”, quoted from a dystopian novel by George Orwell.

What is the relationship of Apple’s Ad in 1948 with Fortnite?

On a Fortnite video which has been watched by half a million times on YouTube shows a parody of Apple’s commercial ad in 1984. The video entitled “Nineteen Eighty-Fortnite” presents a colorful female Fortnite fighter who is running through a black-white corridor. Then, she threw a unicorn-shaped club hitting a screen showing an Apple headed character who is talking about the control system.

The Apple head here refers to an Apple iconic which shows an apple which has wasted the top half.

In fact, this parody video is such an innuendo to Apple’s company which has removed Fortnite from its App Store. Known Apple early removed Fortnite because of payment guidelines violation on the company’s app.