The good thing about online games like Fortnite is they they allow players to report the players who are making the game hard for people to play peacefully. Just like Fortnite Battle Royale, due to its global popularity, all kinds of people play it and they do all kinds of stuff that they should not do.

According to Epic Games, any breach of the code of conduct is able to be a reason to report another player, and possibly get them banned. The first one is abusive language. Please keep in mind that using threats, discriminatory language or hate speech counts as abusive language, as does offensives player user names. The second one is harassment. This one can include targeting certain players by making their gameplay unnecessarily difficult, or their time in the game uncomfortable. It might be constantly attacking only them, following them somewhere, encouraging the other ones to team up against them and many more. The third one is breaking the game rules. Epic Games has started to crack down on players who team up in single player mode in order to get further in the game. aside from that, exploiting bugs and glitches, impersonating others, and regularly going AFK all fall into this category. 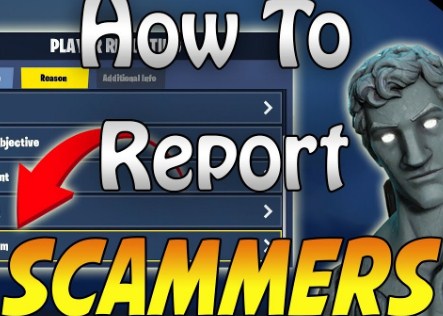 If you want to report someone in Fortnite Battle Royale, here is the way: Choose menu icon > Choose Feedback > Choose Player > Enter player’s display name in the Player Name field > Click Category > Choose seasons why you are reporting > Write down as much detail as you can in the text field > Choose End. For those who want to report in Fortnite Save the World, the method is a bit different compared to the one above.

There is no such a thing “get someone banned” reporting a player simply opens the investigation, and leads to a ban by Epic Games, a ban that is fought or the person being left alone because they did not do anything wrong. Apparently, banning is at the discretion of Epic Games, the only cases where someone directly lead to the ban on someone else is when streamers do it, but even it those cases it is due to the evidence not the clout of the streamer.