Skip to content
Homepage / Guides / What is a Gorger in Fortnite

When you come to Fortnite Chapter 2 Season 4 Week 5, you definitely will find Gorger. Indeed, you have to complete the Gorger’s challenge this week. However, this is one of the greatest challenges that you can find. So, what is exactly Gorger in Fortnite Week 5?

Epic Games recently updated 14.10 and added numerous features to Fortnite which are such a crossover with Marvel. As we know that in Fortnite Chapter 2 Season 4, Marvel Superheroes and anything related to Marvel absolutely exist. So, if you are a big fan of Marvel, we guess that you will be at this season a lot by completing any challenges offered. 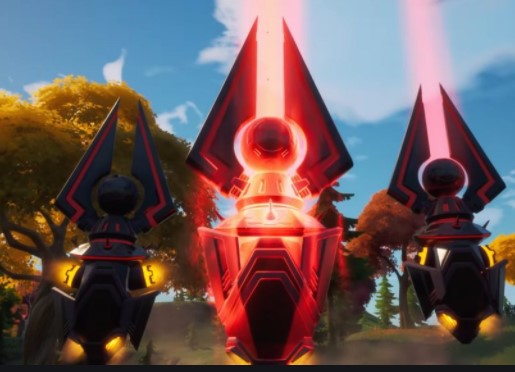 Well, the Fortnite challenge that you can complete in this week is to destroy the Gorgers. You may wonder what the Gorgers are and why you should destroy them in this season. Of course, before completing the challenge of Gorgers, knowing about what exactly the Gorger is a must for you.

What is A Gorger?

What is the Function of Gorger in Fortnite Week 5?

Gorger definitely appears on your Fortnite mini map which can be hard to find. But, the Gorger has several functions why they come to Fortnite. The functions of Gorgers are collecting weapons, attacking the players with red laser beams and generating the gatherers.

What Can You Do with Gorgers in Fortnite?

Once you know that Epic Games officially added Gorger to Fortnite along with Stark Industries, you are absolutely curious what you can do with it. As we’ve explained that you can completely destroy the Gorger as one of Fortnite Week 5 challenges.

Where to Find Gorger in Fortnite?

By paying attention a lot to Fortnite maps, at least you will find a clue where the object is. Unfortunately, Gorger is not visible explicitly on the Fortnite map. Then, based on some analysts, the Gorgers are more likely to appear in the Southern half of the island and even more so in the southwestern quarter. They can also drift a few hundred meters based on the games.

How to Destroy the Gorger in Fortnite?

However, you are allowed to destroy the Gorger by using a normal weapon. Need to know that the weak spot of Gorger are the eye and the yellow parts at the bottom of the Gorger which are always yellow unlike the eye.

At least there are two main ways to deal damage to a Gorger, they are: