Skip to content
Homepage / Guides / What is Fortnite Age Rated

Fortnite is one of the most popular games among kids at the moment. This Fortnite game has 250 million registered players, and many of whom are the children. Then, the children are not only playing the game. They are among the millions of viewers on YouTube watching Fortnite videos and the hundreds of thousands of viewers on Twitch watching people livestream the game every day.

However, you are able to look at any Fortnite game, there is a lot of shooting and killing involved, as well as the potential for some unsavoury online interactions with other players over voice and text chat. So, is Fortnite an appropriate game for the children to be playing? Well, in this article, we are going to look at Fortnite’s age rating. 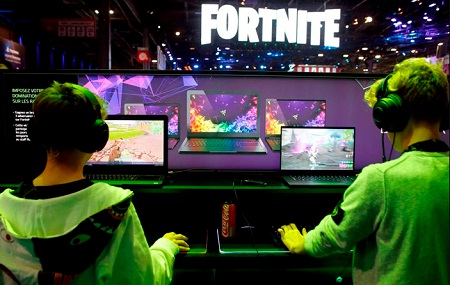 WHAT IS FORTNITE RATED?

You have to know that Fortnite has an age rating of PEGI 12, more or less the equivalent of a PG rating in the movie world which is given for its frequent mild violence.  This mild violence is described further in a review by the Video Standards Council Rating Board. The violence consists of you using whatever weapons you are able to find or make to fend off the monsters of the Storm and save the survivors. Damage is dealt by numbers and life bars and monsters disappear once defeated. This description applies to both Fortnite: Battle Royale and Save the World. But, the game of Fortnite does not have any blood and gore that are common in more mature shooter games like Call of Duty.

DOES FORTNITE HAVE ANY POSITIVE ELEMENTS?

Playing Fortnite may have real-world benefits for hand-eye coordination and sensor motor skills. By learning these skills can be useful in several jobs which need precise manipulation of tools, or with several sports. Once the players of Fortnite are working together to achieve a goal, Fortnite may also teach the value of teamwork, because the players have to coordinate and help each other during combat. Aside from that, the audio chat, once used properly as a form of coordination, it is able also to teach the skills of communication.

WHAT ELSE MAKES FORTNITE BAD FOR KIDS?

Fortnite has several addictive elements that give the players a rewarding sense of achievement which encourages longer play. For example, the players get experience, or ‘XP’, whenever they complete a match. The better their performance in a match, so the more XP they earn. Earning certain amounts of XP allows them to level up, that unlocks various rewards such as dance emotes and cosmetic customization options. This gameplay encourages the children to keep playing and playing because they seek out greater rewards. Several these rewards can only be earned for a limited time, further encouraging a race to keep playing. Then, some of these rewards may also be purchased with real money that can encourage compulsive spending behavior even at an early age. So, please ensure that your children always ask for permission before spending.