Skip to content
Homepage / Guides / What is SBMM in Fortnite

What is the meaning of SBMM in Fortnite? You may often hear about it but you do not really know what it is. When you try to play a game, you need to know the abbreviation and also terms which are related to the game so that you will know what to do with it and even you will connect if you talk with other players of the game.

What is the meaning of SBMM in Fortnite? SBMM is the abbreviation for Skill-Based Match Making. This is one of features in Fortnite and it matches players of the same skill with each other in multiplayer games. It means that if you have low skill, you will be matched against other players with lower skills. And, if you have high skill, you will be matched with other players who have proven to have a high skill as well. 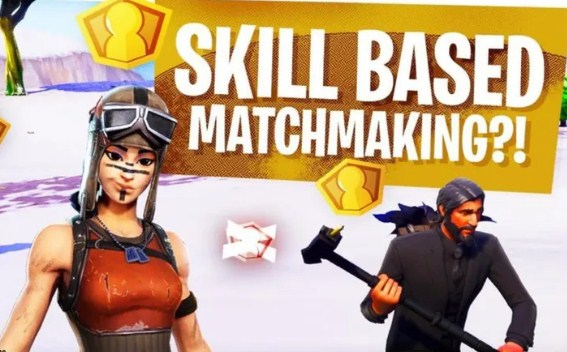 SBMM has been in Fortnite for all of its regular playlists which have caused a lot of displeasure for players. Why? It is because they do not enjoy the fact that they must play in more competitive matches when they are doing regular game. However, there is a motivation of why SBMM was created in Fortnite. It is to keep players who are not good in playing since they get matched up with better players who will beat them easily.

But now, Epic has removed SBMM from Fortnite’s Squads mode and it offers teams of players the chance to be able to engage with a wider variety of players. Now, players of various skill levels are able to be matched with each other. Even though this feature is great thing for casual players who were discouraged by more skilled gamers, but this feature also has been controversial since its arrival.

The issue about SBMM raised when a number of complaints came from casual players who reported that they were no longer interested in Fortnite since they were not able to compete with streamers and others who play for some hours a day. Then, Epic may have addressed this issue by removing SBMM from the Squads mode in Fortnite. A number of streamers and other players have reported that they see the changes only in the Squads mode. It indicates that this change may have happened but only in a limited way. But, Epic has not confirmed about this speculation. So, let’s see what will be done by Epic with SBMM next.

But, is SBMM important in the game? To be honest, SBMM is important in Fortnite since it can differentiate between a top level player and a rank amateur. However, it is not fair by means because it will discourage new players. Now, we just have to wait whether SBMM will get added in Squads mode again or not. However, Sypher in his video, asked Epic to adjust SBMM and do not remove it entirely. But, he is just a player and streamer so he just can give an idea. So, what do you think about SBMM?