Skip to content
Homepage / Guides / What Other Online Multiplayer Game Was Fortnite's Battle Royale Inspired From?

PlayerUnknown’s Battlegrounds, or PUBG in short, is one of the most popular games with battle royale theme. This one is based on the previous mods that were made by Brendan Greene for the other games. This popular game was inspired by the Japanese film from the year of 2000 entitled Battle Royale, and expanded into the standalone game under the creative direction of Greene. In PlyaersUnknwon’s Battleground, up to 1000 players parachute onto an island and scavenge for weapons and equipment to kill the others while avoiding getting killed themselves. The map of the available area of the game descreases in size over time, directing surviving players into tighter areas to force encounters. Just like most of the games, the last player or team standing wins the round. 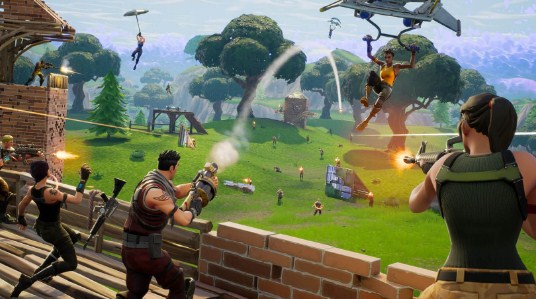 The launch of the timing of Fortnite coincided with the rise popularity of PlayersUnknown’s Battleground or PUBG, which the developers were also playing at the time. The head of publishing for Epic Games named Ed Zobrist stated that they quickly wanted to come up with an alternate mode to complement the main campaign of Fortnite. In order to offer the game to as many players as they could, the new mode was free to play, which the PVE context was only playable by purchasing the base package of the game for early access, that will immediately be available for free to all players once it leaves early access. The decision would go on to change Fortnite in a drastic way.

The pace of Fortnite Battle Royale is generally quicker, and with a smaller map, engagements with the other players are common. Featuring a more stylized design and aesthetic, the general feel and shooting mechanics are more arcade like if you compare to the realistic shooting style of PUBG, in keeping with its roots in military style action games. instead of a cargo plane, the players of Fortnite are brought to the island by a flying party bus, with music thumping in the background as the players descend onto the island. From that place, the players are able to get into the same sorts of engagement you would expect from the battle royale games. However, the big difference between Fortnite and PlayersUnknown’s Battleground is the inclusion of the building mechanic.

Just like in the mode of Fortnite Save the World, the players are able to break down objects in the environment for resources to build structures, such as walls and staircases. This thing allows every player to create defensive structures to shield themselves from attacks or reach places around the map that are impossible on foot. While you are able to get through much of a game without having to build, the final battles within the top 20 showcase the speed and complexity of building.