Do you want to know when Fortnite was made? In this article, we are going to share all the relevant release date information. So, if you are wonder about that, you do not go anywhere and keep staying on this page.

As we know that Fortnite is a popular name in the world of video games. Therefore, it is already become hard to imagine a time when Fortnite did not exist. But, it is not like Fortnite is ancient history. The players who are wondering when Fortnite was made will not have to look too far back to discover the origins of Epic Games’ hit Battle Royale to find its original release dates and platforms. 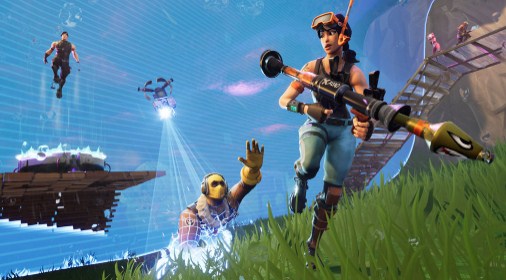 WHEN WAS FORTNITE MADE?

Based on the research, Fortnite first released on July 21, 2017 and developed by Epic Games. It was first conceived during an internal game jam sometime around 2011s. Its creative inspiration, according to a 2014 report from Game Informer, involved the creation of a game which blended elements of shooting games with those of construction-based games like Minecraft.

Fortnite is available in three game modes which share the same general game engine and gameplay. Those three game modes are Fortnite: Save the World, Fortnite: Battle Royale and Fortnite Creative. Fortnite: Save the World is a cooperative shooter-survival game. On this game mode, for up to 4 players to fight off zombie and defend the objects with castle they can build. Fortnite: Battle Royale is a free-to-play Battle Royale game where up to a hundred players fight to be the last person standing. Fortnite Creative is where the players are given complete freedom to make the worlds and battle arenas.

For your information, the first two-game modes were released in 2017 as early access titles and then the mode of Fortnite Creative was released on December 6, 2018. Fortnite: Save the World is available only for Windows, PlayStation 4, macOS, and Xbox One, while Fortnite: Battle Royale and Fortnite Creative released for those platforms, in addition for iOS, Android devices and Nintendo Switch. According to the research, Fortnite: Battle Royale became a great success. It reach more than 126 million players in less than a year. Besides, it has earning hundreds of millions of dollars per month.

On September 26, 2017, Fortnite: Battle Royale was released as a free-to-play. Later, Fortnite: Save the World would become free to play in 2018s. In March of 2018, Fortnite for iOS became available and it was available for Android devices in August of 2018. Fortnite finally landed on the Nintendo Switch on June 12, 2018. The Fortnite Cross-play came thereafter for all systems except the PlayStation 4 that only received cross-platform compatibility in September of 2018.

So, when was Fortnite made? The question is not exactly straightforward, because Epic Games had been working on it for around six years before it actually released. As for a short answer, Fortnite came out in September 2017, when it first became available for download on PC, Xbox One and PlayStation 4.