Season 2 of Fortnite Chapter 2 was supposed to come on April 30, but a few weeks prior, the developer of the game announced an extension. Then, that season was set to conclude on June 4, and then June 11. In the light of the ongoing protests in the United States related to the murder of George Floyd, they have announced plans to push things back once again. Apparently, Season 3 will now start on June 17 and the main event preceding it has also been delayed as a result.

There has been a few unexpected Season 2 content in order to keep you busy in the meantime, as well as the Doomsday event that could have major implications for Season 3 itself. 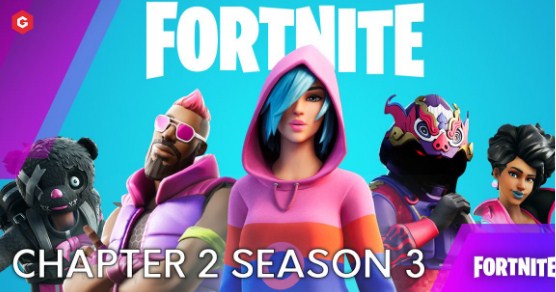 What can you do in the game while you wait? Prior to the launch of the Season 3, there will be some sort of Doomsday event happening. This one is officially called The Deice. Just like the release of Season 3, it was also pushed back from May 30 to June 6, and has most recently been delayed to June 15. While the additional wait is definitely going to be hard for the most dedicated players, it should also make the eventual revelation that much more satisfying. The creator of Fortnite named Epic Games has hit a home run on most of these map changing events so far.

Now that Season 2 will be coming for some more weeks, Epic Games says that there will be a lot of extra content coming to the game. They will deliver fresh gameplay, new challenges, bonus XP and some more surprises up to their sleeves.

Epic Games teased the Season 3 with in-game posters discovered at Lazy Lake. They focus on the sharks and the water content underwater, and that is the new think of the Fortnite Season 3 leak points.

It is clearly not the first time Epic Games has extended a season of Fortnite. In the past, Season 2 was similarly extended by a few weeks from its original December 2019 and date into February 2020. During that extra time, the developer held some events in the game, including a Star Wars Episode IX preview and a Harley Quinn crossover event.

For your information, Season 2 has its own comic book crossover. The owners of the Battle Pass are able to unlock a Deadpool skin by clearing some of the Deadpool challenges of this season. Aside from that, unmasked Deadpool skin is also able to be unlocked by completing Week 8’s Deadpool missions, which ask you to find the pool floaty of Deadpool and dance at the Yacht party of Deadpool.