It seems that the fierce and silent feud between Apple and Fortnite is still going on. That’s totally proved in which Fortnite Mobile app is not yet on the App Store. Therefore, a lot of Fortnite fans, especially iPhone users, discussed this issue quite a while too. 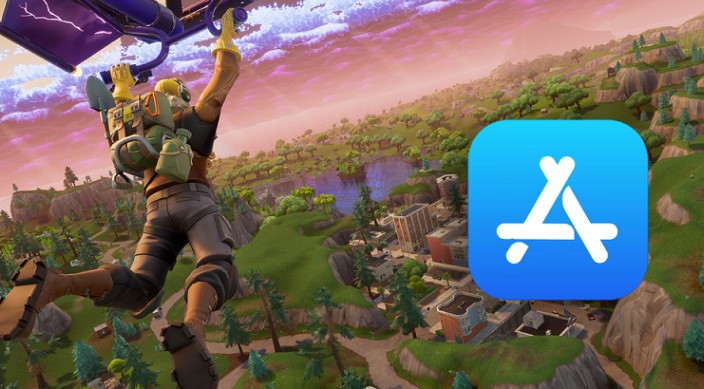 Is It Possible for a Fortnite to Come Back to the App Store?

That’s because the problem of removing the Fortnite Battle Royale game from the App Store has entered the realm of the court. Epic Games has also submitted their game app to be returned back to the App Store, but it seems that California Court Judge Yvonne Gonzales Rogers rejected the request, meaning this game is not expected to come back to App Store soon as the schedule for a follow-up trial for this case has been held in May 2021.

For more information, US District Judge Yvonne Gonzalez Rogers, who presided over the case, has issued an order stating that Apple should not allow Fortnite to return to the App Store. However, they are also not allowed to delete the Epic developer account.

As a throwback, once Fortnite was removed from the App Store, Apple also threatened to remove the Epic Games account. Of course, it could impact not only Epic, but also other developers who rely on Epic’s Unreal Engine for their game development.

Why Was Fortnite Removed also on the Play Store?

Hereafter, Epic Games is accused of having designed a special mechanism to allow users to make payment transactions, which are considered contrary to applicable policies. The removal of Fortnite on the Google Play Store for violating policies. Google will welcome if Epic wants to discuss how to return Fortnite to the Google Play Store.

Just like Google Play Store, Apple also revealed the same case regarding the reason for removing Fortnite in the App Store. Known, Epic Games makes a payment method on the app which totally conflicts with Apple. In this case, Epic Games have violated the App Store guidelines for in-app payments that apply to any developer selling an item or other digital componen.

According to Google, any games available on the Google Play Store and offering in-app purchase options must follow the rules and payment methods in accordance with Google policies. Google’s system takes a 30 percent cut, as implemented by Apple. In this payment system, Google and Apple both take about 30 percent of overall gaming revenue, while 70 percent of it goes to developers.

Is There a Smart Way to Play Fortnite on iOS?

The good news for iOS users, they finally can play Fortnite back to their phone. How is it? Not through the App Store, Fortnite will be back on iOS via NVDIA’s cloud gaming service. According to NVIDIA official post, Fortnite can be available back on iOS through GeForce Now in the Safari browser. Later this battle royale game by Epic Games can be played on iPad and iPhone devices.

NVIDIA looks forward to providing a mobile Fortnite game experience through cloud streaming powered by GeForce Now. The players can look for the games on iOS Safari immediately. Nvidia’s cloud gaming service, GeForce Now, is available in beta. Later, this service can also be accessed via the Safari browser on the iPhone or iPad.

Even though Fortnite is not yet available on GeForce Now as Epic Games and NVIDIA  are still making improvements to this game in order to run smoothly on touch screen devices. As we know, NVIDIA isa game store platform which provides a number of popular games for PCs.

Moreover, the implementation of touch controls in the Safari version of Fortnite will not be the same as what it normally runs on a PC. So this change will delay the availability of Fortnite games on GeForce Now.

In order to play Fortnite through GeForce Now, the players may need to pay a subscription fee. NVIDIA sets subscription prices at US $ 4.99 per month and US $ 24.95 per six months.

The option presented by Nvidia is a bit inconvenient, considering that the GeForce Now service can be accessed via the website. However, this way can be an option for Apple device users to return to playing Fortnite.

How to Play Fortnite on iOS After Banned?

Aside from NVIDIA’s cloud gaming, the iOS users can also play Fortnite back on iPhone after Apple banned it from the App Store. What should you do? Yeah, there is a way to allow the iOS user to download Fortnite back. Unfortunately, this way is not working for all iOS users. It only works for the users who do not have Fortnite installed on iPhone but you had it once before.

In other words, it can be used for the users who have ever played Fortnite. But, they uninstalled it before Apple banned Fortnite from the App Store. Then, how to make it possible?

Here’s how to do it!

To note, it will not always work for everyone.