Skip to content
Homepage / Skins / When Will the Naruto Skin Come Back in Fortnite 2022?

Is Naruto Skin coming back to Fortnite? A lot of players ask this question, and fortunately, there is good news. In a recent announcement, Epic Games confirmed its upcoming collaboration with the Naruto franchise. Since the initial release of Fortnite x Naruto in the Fortnite Chapter 2 Season 8 the players have been anticipating another collab that will introduce additional characters from the franchise.

Fortnite Chapter 3 Season 3 is turning out to be one of the best seasons, in case collaboration. The Naruto collaboration will improve this season’s reputation. It was reported that Naruto was coming back to Fortnite before the launch of the new season. But, there was speculation with no foundation that was further diluted amongst the chatter of the upcoming Battle Pass. The players are able to rejoice because it has been officially confirmed that Naruto is coming back to Fortnite. 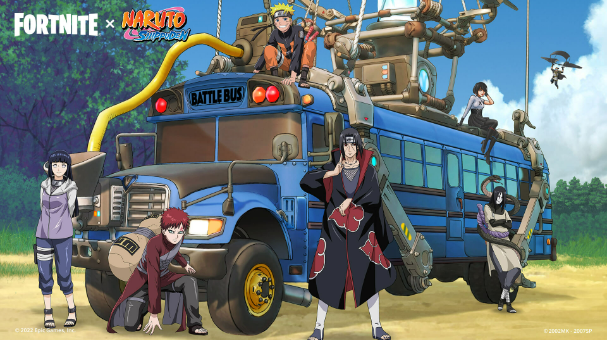 When is the Naruto Skin Come Back in Fortnite?

The release date for the Fortnite Naruto skins is on 23rd June 2022. On that date, the second wave of Fortnite x Naruto cosmetics entered the Item Shop. If the Fortnite Naruto Rivals event is like the last Fortnite x Naruto event, you are able to look out for several ninja-themed Quests to show up in-game on June 23rd, too. Also, it would not be surprising if the Paper Bomb Kunai makes its way back into the Item Pool.

How to Purchase the Fortnite Naruto Skin?

Here is how to purchase the Fortnite Naruto skin:

How Much is the Fortnite Naruto Skin?

Now, you may want to know the cost of the Fortnite Naruto skin. You are expected to shell out 1,500 to 1,600 V-Bucks for the Gaara, Itachi, Hinata, and Orochimaru Outfits. It was the cost of the stand-alone Skins in the first Fortnite x Naruto collection. Raise that number to 2,200 V-Bucks if you want one of the Bundles featuring some Naruto Rivals Skins together.

In case accessory, anything Uncommon will be 500 V-Bucks, Rare 800, and Epic rarity skins come in at a standard price of 1,200 V-Bucks. Those who want to amass the entire Fortnite Rivals collection must look out for a Gear Bundle containing all of the cosmetic accessories at a discounted price.

Here are some Fortnite skins July 2022:

We should not be too surprised that Darth Vader is an unlockable Fortnite skin in this Battle Pass, given his appearance as a Non-Player Character. Unlocked on page 10, you will need to have claimed every single reward going beforehand, spending nine battle stars. In alternative, you are able to unlock this page after reaching level 90.

Adira comes with two variants in the Fortnite Chapter 3 Season 3 Battle Pass. Her standard skin is unlocked by completing page three and spending nine battle stars. Otherwise, if you are looking for the Infiltrator variant, it costs 8 battle stars after completing page 4.

Evie is easily the quickest skin to get. Unlike the rest, Evie is immediately unlocked after you have purchased this Chapter 3 Season 3’s Battle Pass. However, uniquely, Evie has three variants to pick from. If you want the alternative Syndicate Couture and Neon Couture skins, those are obtained with 8 battle stars on Page 2 and Page 9 respectively.

Snap skin is unlocked on the page 1 of the Chapter 3 Season 3 Battle Pass rewards, costing 9 Battle Stars. If you take on the Snap quests, you are going to unlock additional customization options too which cover their legs, arms, head, and torso. As such, you are able to give this one a more personalized look.

Like most of the original entries, Stormfarer skin comes in two additional variants. For the standard skin, you are going to need to complete page 5 and pay 9 battle stars. Meanwhile, the Storm Brawler skin is located on page 7, costing 8 battle stars instead.

Indiana Jones is eventually making his way into Fortnite this season as an Epic outfit. Becoming part of the Indiana Jones Set, he is not available just yet, even though he releases on July 7 alongside an upcoming set of Indiana Jones Quests.