Skip to content
Homepage / Guides / Where to Find Fireflies in Fortnite

The fireflies in Fortnite are as part of hotfix released on June 23, 2020. In this case, Epic Games finally added the Firefly Jar to Fortnite Battle Royale to keep things still fresh and entertaining although the Fortnite servers are still under maintenance. So, that’s why the Firefly jar exists today in Fortnite.

The fireflies and firefly jars are a new-grenade like the item in Fortnite Season 3. Both of them are now available in Fortnite.

Of course, if you are a newcomer to Fortnite, you may be strange with this item, but it is so normal because this item was just recently released two days ago. So, it is fresh from the oven at all. 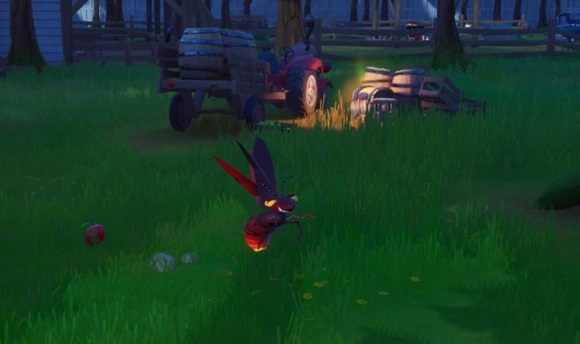 Then, you probably do not know how to find the fireflies and firefly jar in Fortnite. Well, in this chance, we are going to give you some facts about them. Stay tuned!

Where to find the fireflies in Fortnite?

The fireflies usually appear on the map during a night cycle. Of course, you cannot see them during the day. If you really want to catch it, definitely you should focus at night.

Need to know that one of the best places to find the firefly is around campfire locations. When they spawn on the location, automatically you will see a bunch of fireflies circling around in the small area. Then, you will get them near the trees or wooded areas.

After you find them, of course, you have to approach them and press the collect button to catch them in your jar. One of the best parts in this way is that the fireflies are not really scared of you. So, you will not have to sneak up on them.

Certainly, the great way to find the fireflies is to keep your eyes open while you run around the map and play Fortnite. It is because the fireflies are able randomly to spawn near the campfires and the trees.

It is so easy to find the fireflies at night because they will appear by showing off a yellow flaming glow light on the surrounding area.

After you find them, you can run up and interact with them and grab them out of the air. Then, you can create a firefly jar. When the jar is available, of course, you can throw them at enemies or structures.

How to use a firefly jar?

Definitely, you are allowed to use the firefly jar as a throwable item. In this case, when you throw the firefly jar to your enemies or on a tree, it will automatically create fire. Then, the fire from the jar will spread around and deal damage to anyone who comes in contact with it. Meanwhile, if you throw the jar at someone, it will deal 40 damage.

How to get a firefly jar?