Skip to content
Homepage / Guides / Who is the Best Fortnite Player

Who is the best Fortnite player in the globe? everyone wants to know about it when it comes to video games and sports. As Fortnite continues to rise in popularity, the debate about who is the best player of Fortnite becomes more and more heated.

According to most of the media outlets, the best player of Fortnite right now is Kyle “Bugha” Giersdorf. Kyle Giersdorf (16) of Montgomery County, Pa, just won $3 million playing Fortnite. The player beat out a field that started with some 40 million players to become the first Fortnite World Cup champion Sunday in Queens, New York. According to ESPN, no other player has won more prize money in a single day. 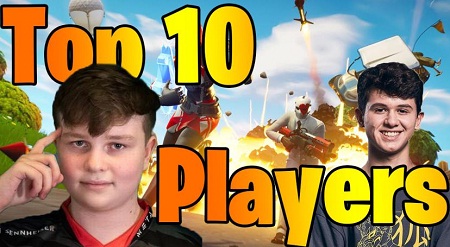 Bugha, who plays for the Los Angeles based esports team Sentinels, said he planned on putting his winnings in savings. It seems his time of playing Fortnite have paid off and that the days of parents discouraging such behavior are over.

Bugha or Kyle Giersdorf has been playing video games since he was 3, so this is his passion. He was the first to qualify for the four day, 100 player World Cup Finals at Arthur Ashe Stadium and never relinquished his lead. Even so, he is still considered a surprise champion following disappointing performance by some of the biggest names in esports. Just within an hour of claiming the World Cup, Bugha had picked up more than 100,000 new Twitter followers.

Aside from Bugha or Kyle Fiersdorf, there are multiple players of Fortnite who are considered as the best ones. Kyle “Mongraal” Jackson is one of them. The growth of this player as a player happened right alongside Fortnite itself. He started his days playing through the Friday Fortnite tournaments and quickly evolved into one of the best players in the world. the double qualification of Mongraal for the Fortnite World Cup was really impressive, but his following performance exceeded that. The boy placed sixth alongside his long time duo partner called mitr0 and went on to finish in a respectable thirteen place in solos. He has been dominating the European scene since that includes some first place finishes in the Fotrnite Champion Series with the likes of mitr0 and benjyfishy.

The most important thing about Mongraal is his passion for the game of Fortnite. The player is continuously improving and is always looking for players that are able to complement his skill set. A lot of people recognized him as one of the quickest editors in professional Fortnite. Only a few choose players can best Mongraal in a box fight. Then, he will confirm an edit and send you packing back to the lobby. Even though his temperament can sometimes get the better of him, he is one of the best players in Fortnite hands down.

Each year, the name of the world’s best Fortnite player might change. The competition of become the best one is really tight. Everyone tries their best to improve their skill so it is really competitive.