Skip to content
Homepage / Skins / Will the Galaxy Scout Skin Be in the Item Shop?

Fortnite is getting an update 13.30 and this should allow players to finally drive cars in Season 3. However, away from this one, the developers of the game called Epic Games have also announced a Samsung Galaxy Cup for the players of Android. This one provides the eligible players with the opportunity of winning a female Galaxy Scout skin that looks amazing, and those who do not have an Android device are understandably asking whether it will be added to the item shop.

In order to participate in the Galaxy Cup for Fortnite, you must have an Android device that is supported. Along with having a compatible Android device, you must also ensure Two-Factor Authentication is enabled for your Epic Games account. Here you will discover how to get the female Galaxy Scout skin if you are eligible for the cup, as well as learn whether it will be added to the item shop if you do not have an Android device. 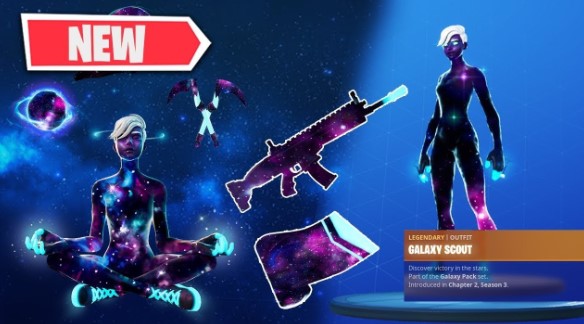 Although if you do not finish in the top-performing players, just playing five matches will reward you with a Star Scout Wrap. If you want to join in the Galaxy Cup, you need to download the Fortnite from the Galaxy Store if you have a Samsung device. Meanwhile, the owners of Android devices must have a compatible version that is able to play the Battle Royale of Epic Games.

So, will the Galaxy Scout skin be available in the item shop? The answer to the question is yes. You will be able to get the Fortnite Galaxy skin from the item shop. Each player of Fortnite will be able to get the female Galaxy Scout skin from the item shop after the Samsung Galaxy Cup has finished. Even though the official website of Epic Games does not mention when it will be added or how much it will cost, it will soon be available for everyone to get.

Some data miners corroborate that it seems like the Galaxy Scout skin will be part of a bundle, along with a glider, a pickaxe, and a back bling. It is unknown how many V-Bucks you will have to set aside for it, but when we do know when, it is coming to the item shop on July 31st. the information comes via a streamer going by the name RolandGT. He did not mention the price, but it seems like it is going to be more than 2,000 V-Bucks.