Zone Wars is the name of one of the most popular Creative Mode map genres in Fortnite. Its popularity makes the developer of Fortnite called Epic Games included the Zone wars playlist during Chapter 2.

All of us probably will not see another official Zone Wars lineup while Chapter 2 is still fresh, but here are five codes for some of the best Fortnite Chapter 2 Zone Wars maps. Do not forget t get to the Hub as fast as you can so you are able to avoid the Res vs Blue battle.

The first one is Vortex Zone Wars: 9310-1401-9904. The thing called Vortex Zone Wars was the fan favorite during Fortnite Season X and was one of the only maps to receive verification from Epic when they created the Zone Wars playlist. The main problem with this map was the moving zone. The thing was predictable and incredibly fast, causing a lot of players to die in the storm or run away without being able to fight. Actually, the zone is still predictable, but it seems to have slowed down a bit. Vortex Wars looks to be one of the most well-known maps of Chapter 2. 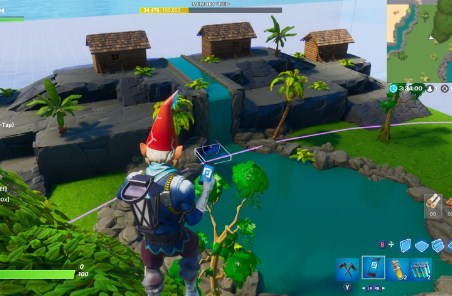 The second one is Cross River Zone Wars: 3508-2506-4627. The Cross River Zone Wars map was counted as one of the maps to introduced water into Zone Wars, something that has to be simulated for the accurate practice. This small, fast-paced map will take you over the river where you are able to build, fight, or hide in order to avoid damage. The creator of the map named Yerk has also intentionally made this a quick Zone Wars match to limit the number of players who leave right after dying. It is definitely worth checking out as the loadout is fair and the map is unique.

The third one is Respawn Zone Wars: 2888-2224-4644. Respawn Zone Wars can be described as one of the more interesting concepts. The zone can move in circles and allow you to respawn to rejoin the fight. This one works as the true end game simulator as you navigate through preexisting builds to try to secure eliminations and stay alive. The skit of it is standard so every player has the same thing that is good and bad. It is fair, but it does not give you the same end game feel of sometimes giving a better loadout than the other times.

The fourth one is Mountain Zone Wars: 2120-6008-5979. Apparently, the Mountain Zone Wars map does not have the showcase, but the creator has promised a video later in the week. Currently, you will need to jump in if you want to try it for yourself. The thing about the kit or the terrain is still unknown, but there may be the aquatic element to this Chapter 2 Zone Wars map as well.

The last one is Bahama Zone Wars: 6885-2167-1768. This one might be one of the best on the list, especially when you consider that there is the RNG and no RNG version. You are able to decide to get a random kit in one version of the map or choose between a Pump/Tac kit in the other version.